Tail of the Dragon on the Blackbird

Our Emperor has no clothes

Not long ago, I called out our Archbishop Wilton Daniel Gregory.  The supposed shepherd of the flock has coddled and enabled active homosexual priests in his Archdiocese, engaged in obfuscation of his deeds, and appointed another pro-homo priest to oversee the counseling of the victims of sexual abuse of priests.

While my words to (and about) him were blunt and direct, I initially was trying to give him the benefit of tthe doubt.  I sent the Archbishop a private letter, encouraging him to take some remedial steps to right some wrongs in his jurisdiction.  Then I found out about the Sodomite priest he continues to promote.

Now this.  There is no doubt.  Gregory fails to acknowledge that the sex abuse scandal from McCarrick, Wuerl, and now, Archbishop Gregory is a homosexual problem.  Rather than taking steps to alleviate the problem, he has doubled down.

Gregory has received scores of letters.  Many have been shared with me.  And I can tell you unequivocally, that mine was among the calmer voices.  And, what  was the Archbishop’s response to the demands of his flock?  He invites pro-homo Jesuit (which is getting  to be redundant) to come address the faithful: 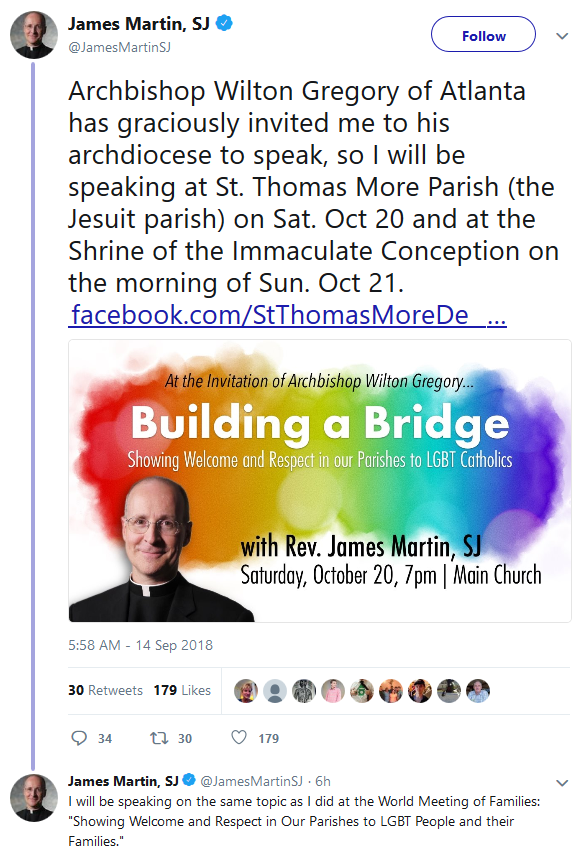 Thank you, Archbishop Gregory.  You may have been a wolf in sheep’s clothing before; but, you’re not wearing clothes anymore!