Conclusive proof the he really is a she. 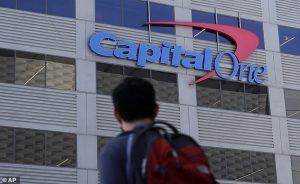 What’s in your wallet?

A Seattle-based transgender former Amazon engineer has been arrested for allegedly hacking Capital One bank’s systems to steal data it was storing on Amazon’s Web Services cloud. Paige Thompson, the ex-Amazon employee and erstwhile ex-guy, was able to hack into Capital One’s computers and purloined  80,000 credit cards, over 100 million names, and 140,000 social security numbers.  The info belonged to CapOne but was stored on Amazon’s Cloud. 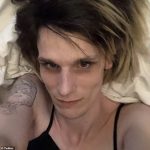 Paige’s obvious difficulty correctly identifying plumbing and his current legal woes, has led him to make social media posts about being suicidal and has also stated his desire to be deported.  He got busted by bragging about the feat online.  He apparently gave up the goods when police asked, “What’s in your wallet?”

Said Paige: “It all started after the surgery.  I just love to shop.  And Amazon has such amazing deals.”