So many sights.  So little time.

Airport Security as it should be. 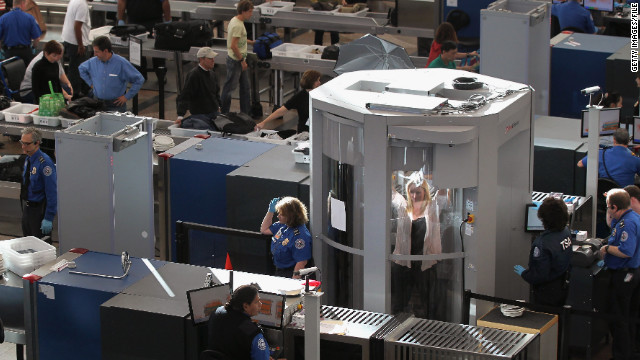 TEL AVIV, Israel — the Israelis are developing an airport security device that eliminates the privacy concerns that come with full-body scanners. It’s an armoured booth you step into that will not X-ray you, but will detonate any explosive device you may have on your person.

Israel sees this as a win-win situation for everyone, with none of this crap about racial profiling. It will also eliminate the costs of long and expensive trials.

You’re in the airport terminal and you hear a muffled explosion. Shortly thereafter, an announcement: “Attention to all standby passengers, El Al is proud to announce a seat available on flight 670 to London. Shalom!”

Some good news; some bad news.

The good news:  I always wanted an armored truck with a rotating turret.  The bad news: there’s one in my front yard right now.

Thousands of other local police departments nationwide have been amassing stockpiles of military-style equipment in the name of homeland security, aided by more than $34 billion in federal grants since the Sept. 11, 2001, terrorist attacks, a Daily Beast investigation conducted by the Center for Investigative Reporting has found.  The buying spree has transformed local police departments into small, army-like forces, and put intimidating equipment into the hands of civilian officers. And that is raising questions about whether the strategy has gone too far, creating a culture and capability that jeopardizes public safety and civil rights while creating an expensive false sense of security.

“The argument for up-armoring is always based on the least likely of terrorist scenarios,” says Mark Randol, a former terrorism expert at the Congressional Research Service, the nonpartisan research arm of Congress. “Anyone can get a gun and shoot up stuff. No amount of SWAT equipment can stop that.”

Read the rest of the Daily Beast article here.

An Atlanta television station shares the nice news about someone who’s been very, very naughty.

A metro-area abortion doctor and his office manager are under arrest, accused of taking hundreds of thousands of dollars in fraudulent Medicaid payments.

A spokesperson for Georgia’s Attorney General says Dr. Tyrone Malloy and office manager CathyAnn Warner took more than $380,000 in payments for ultrasounds that were never done, and elective abortions that were prohibited from use of Medicaid funds. The Attorney General’s spokesman says that is only allowed when the mother’s life is in danger, or in cases of rape or incest.

Malloy owns and operates the Old National Gynecology office in College Park, but received the Medicaid payments at his DeKalb County office on Rainbow Drive. A tip from Georgia’s Department of Community Health, which oversees the Medicaid program, launched the investigation.

Channel 2 investigative reporter Jodie Fleischer knocked on the abortion clinic’s locked doors on Monday. No one answered, but the camera captured people peering through the office blinds several times. About an hour later, a string of cars, presumed to be driven by employees, abruptly left, stopping briefly to lock the gate behind them.

A DeKalb County grand jury indicted Malloy and Warner for two counts each of Medicaid Fraud. The charges carry up to ten years in prison and a $10,000 fine.

Is it too early to forward my mail to Guantanamo?

No sense waiting until the last minute.

US lawmakers vote on indefinite detention

You know it’s bad when the musloids are reporting on the loss of American liberty.  Al Jazeera reports:

The House of Representatives passed the 2012 National Defence Authorisation Act (or NDAA) on Wednesday with a vote of 283 for and 136 against the bill.  The Senate is expected to vote on the bill as early as Thursday and had already passed one version of the bill on December 1, with 93 votes in favour of and seven against – a  remarkable margin.

The NDAA, which includes the 2012 $662bn military budget and more. But civil liberties advocates are concerned over a section in the legislation that deals with the detention  of civilians by the military.  Provisions in the bill codify an approach that allows for endless detention of US citizens and non-citizens picked up anywhere in the world. They also gives the US military the option to detain US citizens suspected of participating or aiding in terrorist activities without a trial, indefinitely.

A person can be detained “under the law of war without trial until the end of the hostilities”, the bill states. The hostility in question here is the “war on terror”, and at the moment, it seems to have no end.

“Indefinite Detention” is no day at the beach.

“Indefinite Detention” is no day at the beach.  Well, at least it didn’t used to be.  Seems like one of the many “changes we can believe in” no includes life in prison – subject to the unfettered discretion and good graces of the executive branch – at the United States military prison in Cuba.

Of late the U.S. base at Guantanamo has been used to detain hold house mostly musloid terrorists and others who have sworn a blood oath against all things American.  Well if Mohammed (may pig excrement be upon him) can’t come to the mountain, doggone it, the United States government is going to bring a mountain of Americans to him.

Surprising as it is, Barack Hussein Obama – the beloved Commander-in-Chief of the United States military – has broken his word.  Shocking, I know.  Specifically, Obama has abandoned a commitment to veto a new security law that allows the military to indefinitely detain without trial American terrorism suspects arrested on US soil who could then be shipped to Guantánamo Bay.

Let me give it to you in English:  The United States Government – by an exercise of it executive powers and without the constitutional safeguards of judicial review, warrants, or even a trial – did you get that: NO TRIAL – indefinitely.  That means as long as they want.  This applies to all U.S. citizens, whether you are in another country or right here.  All that must happen is that same government decides that you – yeah, you – are an enemy of the state.

While I’ve warned of this time and time again, this governmental action has forged some surprising political coalitions.  Former conservative Lindsey Graham hails the action as necessary because terrorism suspects are not like regular criminals.  Conversely, Congressman Rand Paul has observed:

“detaining citizens without a court trial is not American” and that if the law passes “the terrorists have won”.  “We’re talking about American citizens who can be taken from the United States and sent to a camp at Guantánamo Bay and held indefinitely. It puts every single citizen American at risk,” he said. “Really, what security does this indefinite detention of Americans give us? The first and flawed premise, both here and in the badly named Patriot Act, is that our pre-9/11 police powers were insufficient to stop terrorism. This is simply not borne out by the facts.”

These concerns are coming not just from some perceived nutjobs on the right.  Consider a nutjob on the left (but then I repeat myself) Dianne Feinstein:

“Congress is essentially authorising the indefinite imprisonment of American citizens, without charge,” she said. “We are not a nation that locks up its citizens without charge.”

And if that’s not enough for you, consider the nutjobs from the mainstream media, like The Guardian, CBS News, their overseas counterpart, Al Jazeera.  Even the New York Times:

If you want to find out more, you can take a look at about 1500 articles on the National Defense Authorization Act.  Or you could just do the old ostrich routine and put your head in the sand, but that leaves a certain anatomical region in the air.

In any event, you might want to stock up on some sunscreen. 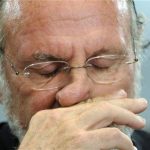 Corzine gets his nose out of joint.

Jim Corzine, a former Democratic New Jersey senator and governor, resigned as CEO of the securities firm, MF Global last month.  An estimated $1.2 billion in client money is missing. Senators are demanding Corzine and two other executives at the securities firm explain who authorized the transfer of money in the days before the firm collapsed in the eighth-largest bankruptcy in U.S. history.  “I never gave any instruction to anyone at MF Global to misuse customer funds,” Corzine testified at a hearing of the Senate Agriculture Committee on Tuesday.

Not surprisingly, Bradley Abelow, the firm’s president and chief operating officer, and Henri Steenkamp, the chief financial officer, also tried to distance themselves from any decision to transfer the money at the hearing.

Brokers are required to keep client money separate from company funds.  “Funds don’t simply disappear. Someone took action, whether legal or illegal, to move that money. And the effect of that decision is being felt across the countryside,” said Kansas Sen. Pat Roberts, the committee’s top Republican.   Roberts said MF Global violated “a sacred rule of the futures industry,” keeping customer funds separate from the firm’s — and that it was the first time that had happened. “You don’t break the glass in regards to segregated funds.”

All three witnesses said that they don’t know where the money is.

Read the rest of the article here.