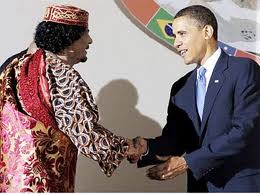 Who do we kill next? Part I

A prophet is just a comedian with bad timing.  Really. Bad. Timing.

I’ve come to the conclusion that the closer in time any comments are to the actual event, the funnier they tend to be. Late night talk shows are a perfect example. They mock, they tease, they ridicule. All concerning the events of that day. They get paid millions. It’s funny. Or at least a lot of people think so. Nice work if you can find it.

Offer commentary six months out; maybe a grin or a snicker. A year early: You’re a lunatic. Six years ahead – you, sir, are a menace to a society!

Six months prior to the last presidential election, I opined that Barack Obama would win. I warned that he would unleash a wildfire of socialist programs and a renewed pro-abortion juggernaut. Kind of funny then – O.K., mildly humorous.

Barely a year later, Obama was President and already fired the head of one of the largest private corporations in America. Not so funny anymore. If you thought GM products were inferior before, you ain’t seen nothing yet. And to think of all the grief former President Bush got for firing a few U.S. Attorneys – who were his employees.

Not to worry, the federal government stands behind all General Motors warranties. It’s sort of like national health care for cars: Your oil filter should be here in three, four months tops. Give or take. Longer if you want it shipped by the post office.

But talk about an event in the future . . . well, let’s just say it isn’t pretty. Nobody laughs. Nobody buys a ticket. You’re just stuck practicing law.  Bummer.  Tell me, is this an audience or an oil painting?

Nearly twenty years ago, I was in a joint law school and master’s degree program. If that doesn’t sound bad enough I had to write a Master’s Thesis. When I proposed a topic to my thesis committee, Use of force to defend another from harm, when the harm seeking to be prevented is allowed by the positive law, they were instantly bored.  Actually, they were catatonic.  One faculty member used his dying breath to ask me why.

My answer had the same effect as a hospital defibrillator: “Because I think within a year someone is going to kill an abortionist.” They thought I was nuts but figured placating the lunatic was easier than arguing with him. I turned in my first draft twelve and a half months later; two days after one Michael Griffin shot an abortionist as he walked in to a Pensacola, Florida abortion clinic.

“How did you know?” they asked.

“How could you not know? (It’s Jewish – and comedic – tradition to answer a question with a question.)

While I had their attention, I amended my thesis proposal and wrote my Master’s Thesis – capitalized to show how important it is – as a legal brief, with a focus on Florida law. One of them whispered to the others about not making any sudden moves, but they reluctantly agreed.

To make a long – and generally boring – story short, I did extensive research resulting in a finished work with nearly four hundred footnotes substantiating the legitimacy of the Use of Force to defend another specifically in the context of protecting an unborn child. After rigorous review by the faculty committee and a spirited discussion at my thesis defense, my graduate work was approved.

A year after I graduated from law school a law review published my article. Getting published in a law review is generally considered prestigious and it’s what a lot of law professors have to do just to keep their jobs. Apparently legal writing is like comedy: timing is everything.

At the time, I was working for an organization that holds itself out as a vanguard of the First Amendment. Also at the time, I was representing an individual that had been arrested for violating a noise ordinance in Pensacola, Florida outside an abortion clinic.

During my representation of him – his name was Paul Hill – my client returned to that clinic. He didn’t bring a picket sign with him this time or the offending bullhorn that got him in trouble in the first place. He brought a twelve gauge shotgun. He killed the abortionist and his bodyguard. And they thought the bullhorn was loud!

Though the arguments were extensive, solidly grounded, and based on long standing, well accepted legal principles, I was subjected to all kinds of black listing, ad hominem attacks, and other instances where people just weren’t very nice. I even got to make the legal arguments to the Florida Supreme Court, where I of course lost.

My client got the worst of it. I sat ten feet from him as the State of Florida executed him.

Just a couple of decades later (a lifetime in the world of stand-up comedy), a bill in the Oklahoma Legislature proposed allowing pregnant women to use deadly force to save the lives of their babies. The bill stems from a Michigan case in which a woman carrying quadruplets stabbed and killed her boyfriend after he hit her in the stomach. The woman lost the babies and was convicted of manslaughter. Oklahoma lawmakers said they want to make sure that a woman can legally protect her unborn child.

“Unfortunately, we feel we need legislation like this,” said Rep. Mike Thompson. “What we want to make sure is that a woman feels safe and secure defending herself and her unborn child against any attacker.”

The group Americans United for Life came to state lawmakers and asked for the bill that Thompson co-authored. It’s called the Use of Force For the Protection of the Unborn Act. “You have the right to use lethal force, if needed, to protect your unborn baby,” he said.

Oklahoma already has a law allowing a person to use force to protect himself or another person from someone else. The new bill includes an unborn child as “another” person. Oklahoma has also had a law covering the murder of unborn babies since 2005.

“Anytime a bill encourages a woman to be safe, we stand by that,” said the YWCA’s Josh Basely.

Hmmm. Protecting an “unborn child against any attacker”? Does that mean that anyone can protect an unborn child from “any attacker”? Oklahoma womb-children can breathe a little easier, I guess.  Will the new Oklahoma motto be, “We got your back, baby!“?

So I’ve been waiting twenty years to get a laugh. Some people worry that if this Oklahoma bill passes it will be open season on abortionists. But that’s not going to happen. It’s been open season on unborn children in this country for nearly forty years. For abortionists, there will be a bag limit.