Seen spending time with man who is not her husband.

While the rest of the Muslim world is continuing in its path of peace, Representative Ilhan Omar  was thumbing her hajib at Sharia Law.   Under that code, often implemented where Rep. Omar comes from, a woman is forbidden to be in the company of a man who is not her husband.

Sharia’s punishment for the crime.

Omar and her man-friend companion were caught leaving  a romantic, out-of-the-way Italian restaurant in California the day after she had made controversial remarks blaming 9/11 on ‘someone doing something.’

She left Caffé Pinguini in Playa Del Rey, a beachside enclave in Los Angeles, with a man who took pains not to allow the couple to be photographed.  One eyewitness observed Omar and her companion holding hands while dining inside the bistro. 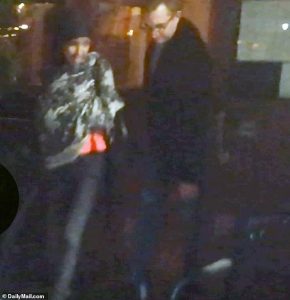 Last week  Omar, 36, has left her husband Ahmed Hirsi — the father of her three children. She has moved into a luxury penthouse apartment in the trendy Mill District of Minneapolis.  Her private life has become the subject of massive speculation amid accusations that her second husband Ahmed Nur Said Elmi is in fact her brother and she only married him to get him entry to the United States.

She later divorced Elmi and remarried Hirsi, but now that marriage is headed for a second divorce.   Omar, 36, has refused to address her marriages, leading to criticism from political rivals and her hometown newspaper.

When asked for an explanation for the secret rendevous, Rep. Omar intoned (as she often does): “We were just some people doing something.”